Hey all, hope you are doing great and have had a good weekend. Here is a quick update on development progress on 0.9.0 over the past few days and flurry of beta releases.

Beta 4 shipped earlier to Patreon supporters with a new Flight Planning UI (the old one is still there) that streamlines the planning process and make things a bit easier for those just getting started in flight simulation.

Network APIs for VATSIM and IVAO(hopefully on release) have been added to allow METAR data in STKP to be retrieved from the relevant network to your flight.

A good number of fixes and improvements have accompanied the new features in 0.9.0. Performance in the logbook and flight summary page has also been improved. There is still a relatively short todo list of things that are yet to be addressed but I'm working through it at a decent rate.

There has been a big jump in Patreon supporters and donations recently for which I  am very thankful. This has allowed the provision of extra resources for the new features and should only stand to improve the quality of service over all.

The screenshot system has had some refinements to make it support more file formats and improve the usability and performance including precaching of the remote files. 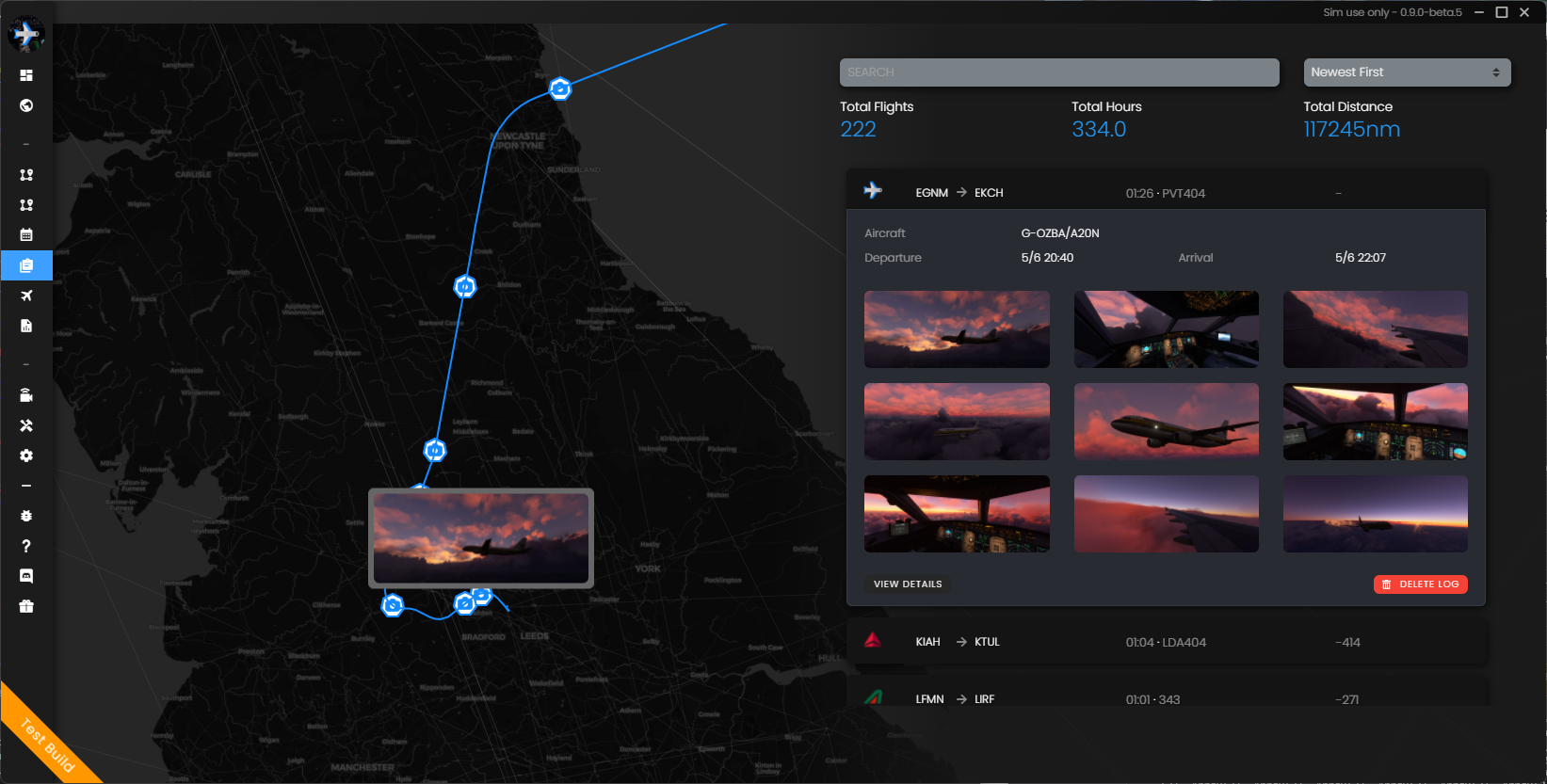 The main drive for this build and 0.9.0 as a whole has been to improve the usability of the application, along with the bringing the performance back to where it should be whilst maintaining the depth and broad toolset that STKP is used for.

There will be a beta 5, and it may be one of the last client builds before the release. There are still a few changes that have to be made to web services for 0.9.0, the ticket system has a few more kinks to work out, the data centre needs a little more testing and I have some improvements planned for the administration system for staff.

Ideally I would like to release 0.9.0 towards the end of the coming week. But we will just have to see! With a surge in patrons the feedback and suggestions for the beta versions has been fantastic and I'm sure you will all be very happy when it is released!

0.9.0 will be the first build to ship with a full tutorial video covering basic usage. The video has been made by good friend of STKP Motosuwa (https://www.youtube.com/c/Motosuwa) and can be found linked on the dashboard of the new version. The tutorial video will go live when the new build ships publicly!

I'm going to try my best to not have it out of date within the first week.. I promise..

Ill be back with another update before too long, Cheers,