First Devlog and an Announcement!

Welcome to the new DevLog! This is the place where I shall log what’s happening and the plans for SimToolKitPro – and keep up consistent messaging.

This DevLog system will be launched with the around the 0.8.0 release of SimToolKitPro so the first few entries will likely cover the bug fixing that will follow, as well as the ongoing development of the new Streaming Overlay system. 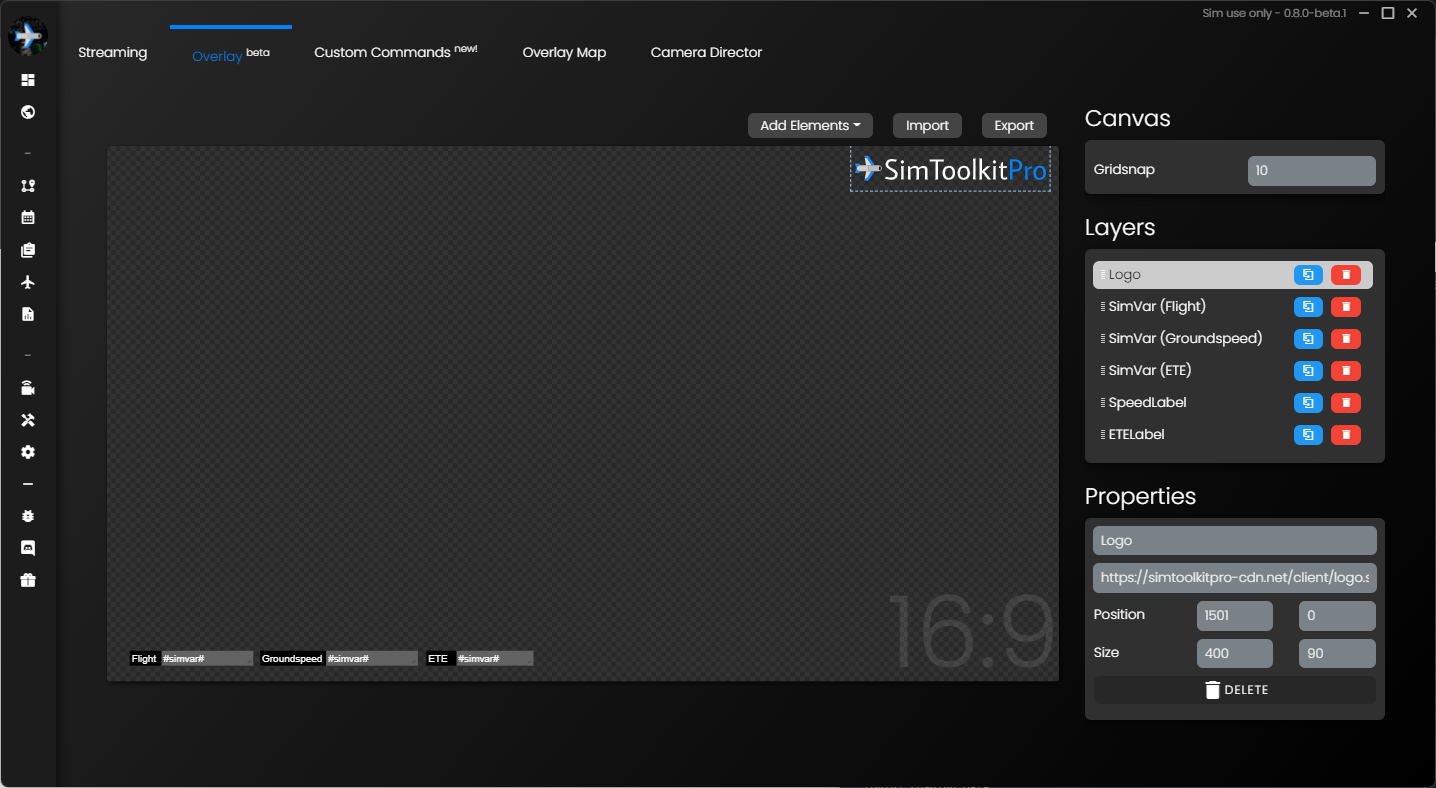 We are switching from the current "Squirrel.Windows" installer to NSIS. This won't mean any drastic changes for the user, but will improve background maintenance. As a result of this change we will be getting 32bit support (for those people who want to run STKP on secondary devices or older devices, this should now be viable), as well as auto-updates coming back with this patch.

These changes have been shelved due to too many issues cropping up in last minute testing. Auto update will be re-introduced in the 0.8 update cycle to the existing system.

Custom twitch commands, a new overlay designer and other improvements to the streaming tools will arrive with the patch. There will be a full guide on how to use the new streaming overlay system on the support site.

In the 2.5+ years SimToolkitPro has been in development it has continually lacked decent documentation. This is largely down to the rapid changes being made as it was built upon, and partly due to the single developer trying to keep it all together (and lack of time!). Now SimToolKitPro is reaching feature maturity, the changes to features and UI are happening at a slower speed – so starting to flesh out supporting documentation is viable.

As well as documentation, this new site will be a new home for the more complex technical support  – and minor technical problems can be dealt with using the existing support Discord. More complex problems can take advantage of the new ticket system, meaning keeping track in a fast moving discord chat is a no longer an issue. If issues become common, they can be addressed with a KnowledgeBase article, and required changes can be made easily.

There have been numerous changes graphically in the app to improve legibility of text, visibility of options or just minor aesthetic improvements. The Flight Summary system has had its pop-up windows improved to make them easier to read – amongst many other changes.

Already active but being utilised better in 0.8.0 are changes to the internal provision of METAR and TAF data. It is now generated from an additional server dedicated to the task. Its role will be expanded during 0.8.x substantially.

A number of requests have been made to allow users to "reset" their accounts, removing all fleet data and flights. Previously this required some digging around in the local appdata folder and asking the support guys to arrange for the remote data to be cleared. Not any more – you can now fully reset your account from the settings page within SimToolkitPro.

There are plenty of bugs fixed in this patch – check the patch notes for a full change list. One of note is the "tails" that would occur if your aircraft moved position after the flight started. These should no longer occur and a system to fix them in existing flight data is coming.

Well, that would be telling. But everything planned over the next few patches has been suggested by the community! I'm trying to get back into streaming fairly regularly, so who knows. Drop a follow on Twitch and maybe you'll see something early! 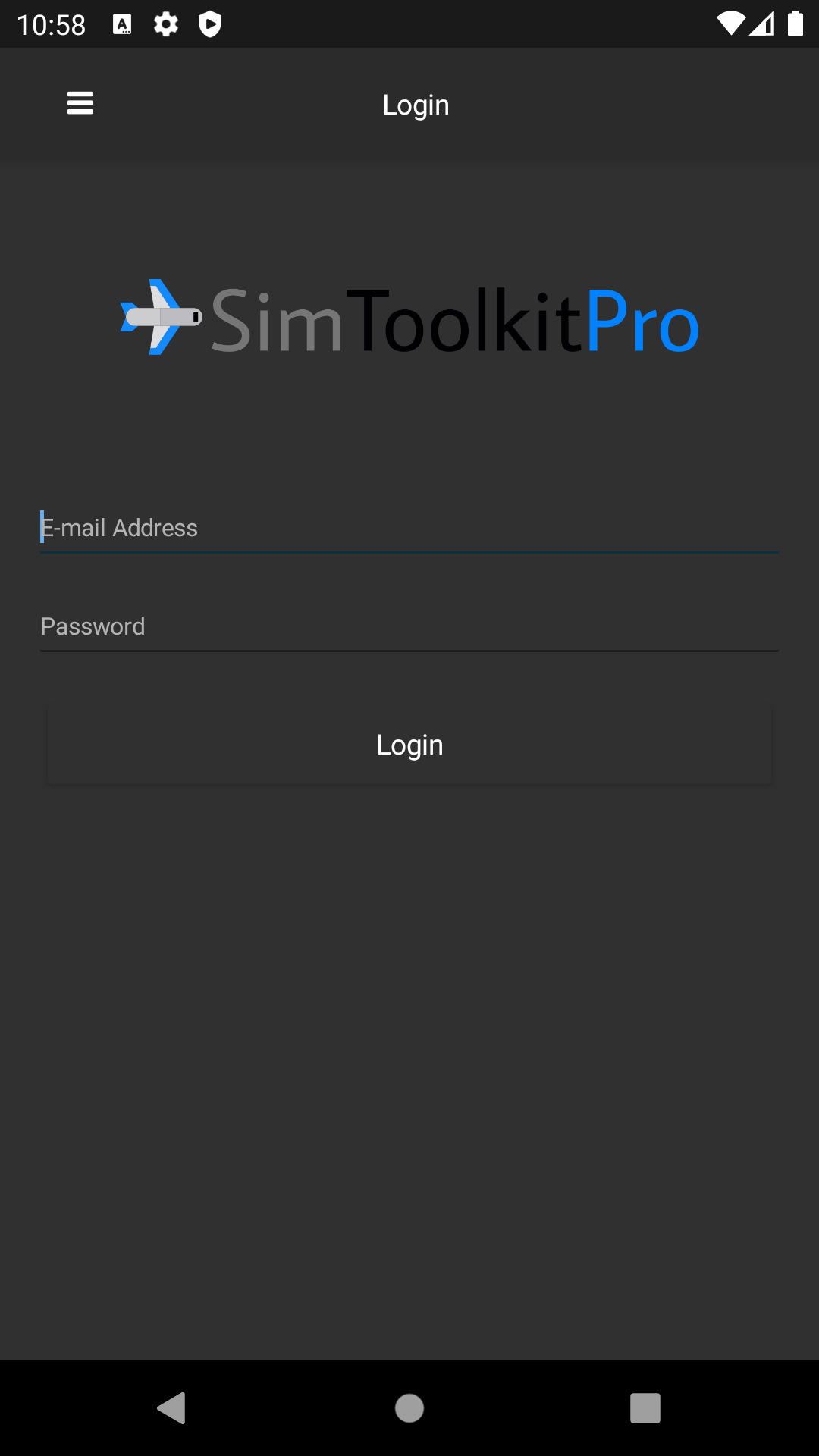 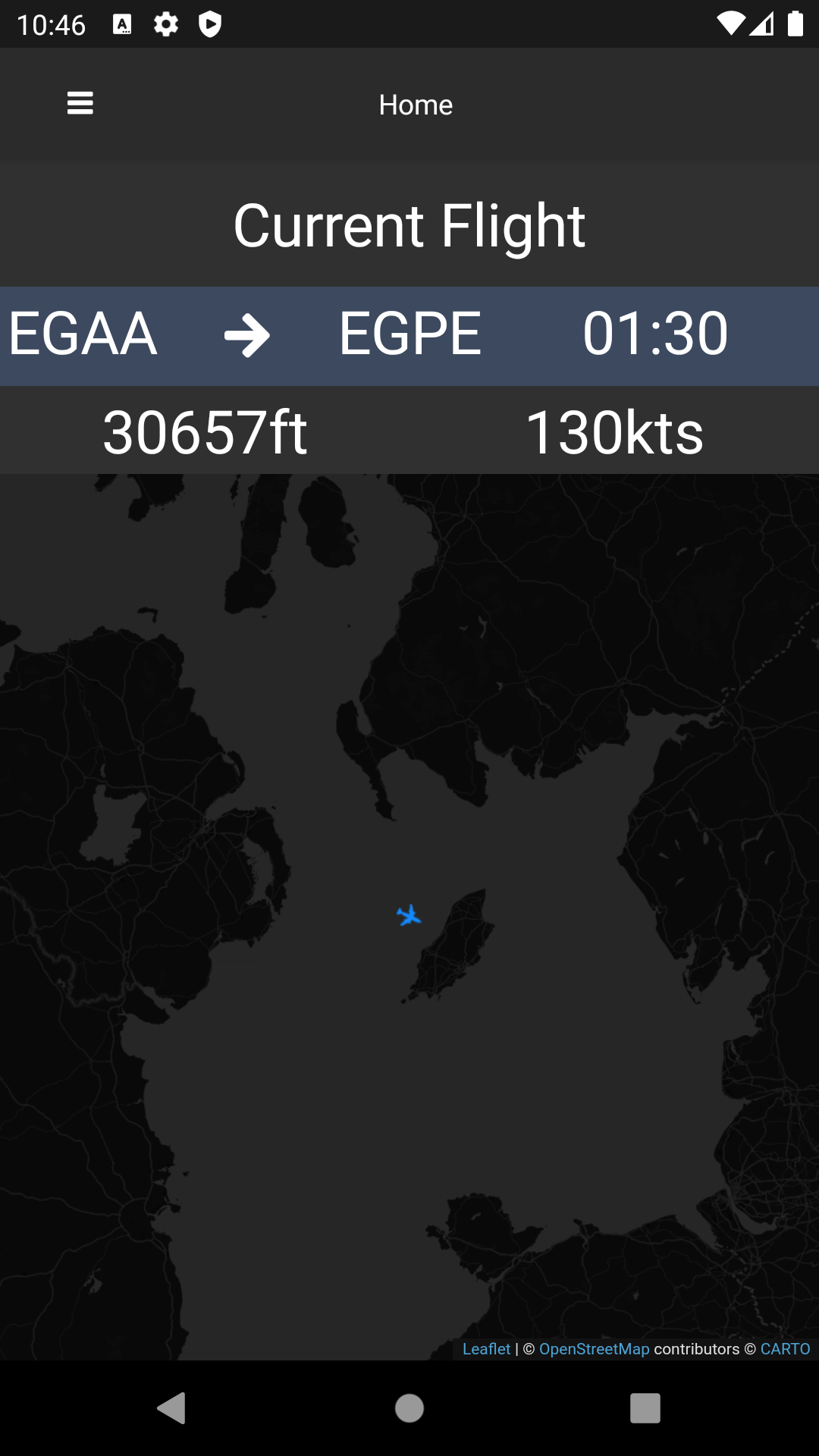 A fully native app for Android initially (iOS will follow). Full feature list is to be confirmed, but flight tracking, METAR lookup, OFP viewing and Charts viewing are planned as well as basic interaction with the simulator. Will be designed for both tablet and phones and will be built on the improved STKP API.

You will be able to track your flight from anywhere with an internet connection with this app. A few options were tested including a mobile "webapp", but I wanted to make full use of the platform so we have a native application. Will be available for testing soon and then on the appropriate app stores when its ready for release.

Development state wise, it will currently track your active flight, has remembered login, and will auto update at 5s intervals. Keep an eye out for future updates on this.

That wraps up the first devlog, thanks for the continued support for this project!