I know, I know an update that isn't months since the last one! Ok lets get to some changes and improvements, then we will look at some confirmed features coming.

Try not to be late

With 0.9.0, flights planned with SimBrief will have a countdown to your departure time. The countdown will go red when you are running behind schedule!

Airspace markers will now display the frequencies for the active controllers. This information at a glance should help lessen the workload in the office. 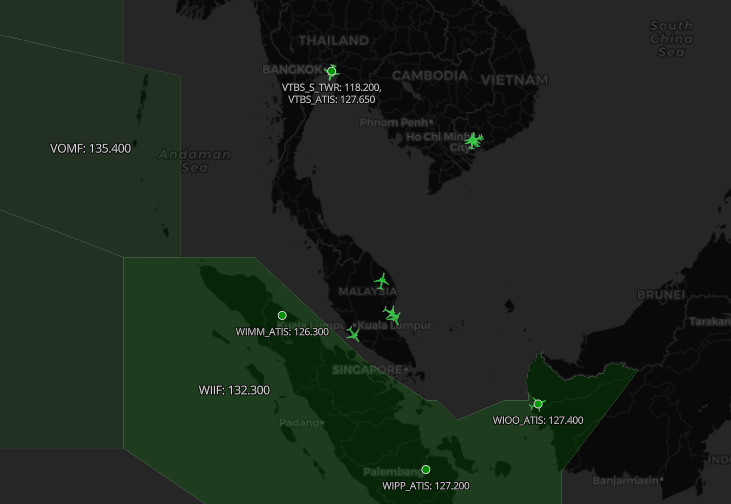 So its got a stupid name, but it descriptive. STKPFlightDataStream is the new system that will provide flight data to STKP. It is a custom socket based system for delivering flight data to the app. To explain how much of an improvement this will be, we will quickly look at the current method of getting that information to STKP.

STKP shows flight data for all STKP users, and all current networks such as Vatsim and IVAO. To do this STKP flight data is built into a file regularly on the server and STKP downloads this at an interval, this data is processed into a sort of library within the app. For the network data, the server will pull the data files to itself, and serve those to STKP.

So essentially at regular intervals the STKP app downloads datafiles for STKP and all the networks (that are enabled). Once downloaded they are processed and this can cause slight spikes in performance, especially on lower end systems.

So STKPFlightDataStream is a solution to this. How? Well it sort of functions like a multiplayer game server. STKP posts your flight data to it and it broadcasts it immediately to other connected STKP users, but its a little more clever than that. Only the changed information is sent greatly reducing the amount of traffic that is sent back and forth. Networks data is also handled differently. The STKPFlightDataStream server actually pulls and converts the network data into its own format (that required directly by STKP) and distributes the data the same way.

So in real terms what does this mean? Simply, faster updates, less data traffic, better performance.

Above is a quick gif showing a quick SR22 flight in MSFS. The lighter blue aircraft is the local data update. The darker blue shadow aircraft is the data from the server. This means near-realtime data for STKP flights using STKPFlightDataStream.

Currently other network data is updated every 10-15 seconds, I may be looking to reach out to see if I can improve this by working with the networks to provide an improved update rate for them too!

Enough about the data stuff, what else?

Other implemented improvements (so far) include some UI/UX cleaning to improve the usability. STKP can feel cluttered and overwhelming especially to new users. I'm addressing this with 0.9.0, and reorganising some of the information and cleaning up where I can.

These are WIP shots and not representitive of the final release. Things will no doubt change before it is shipped! 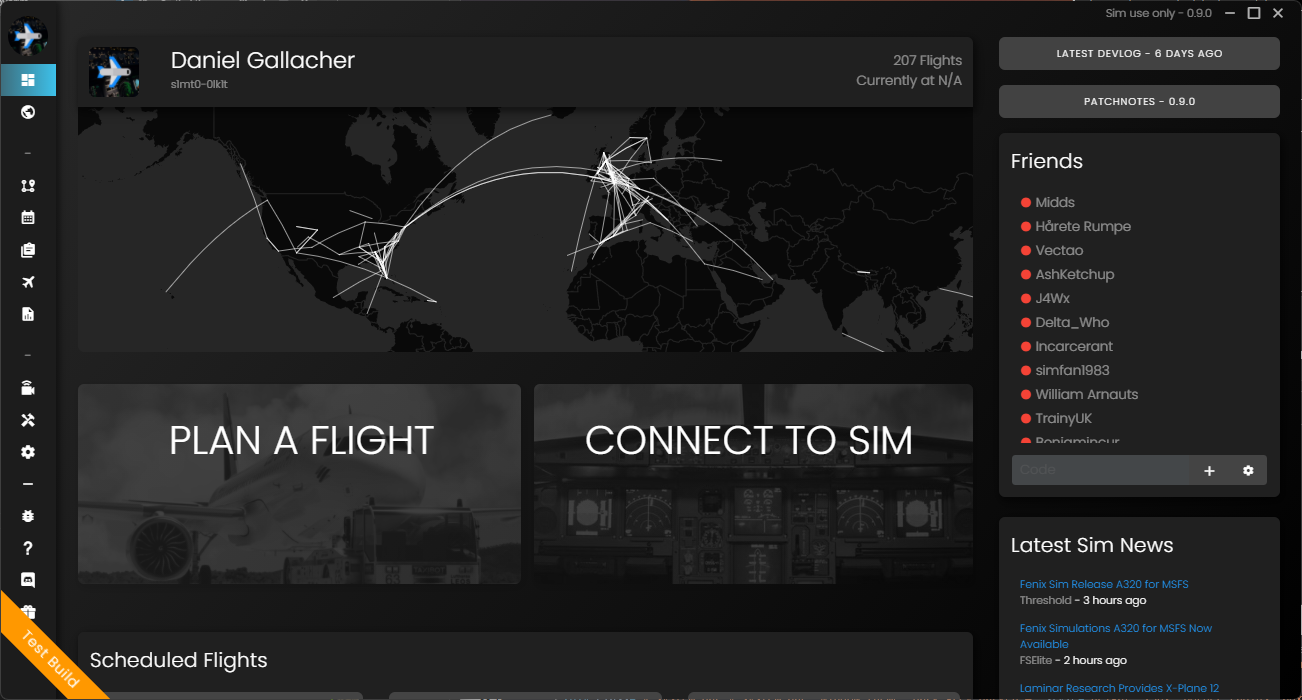 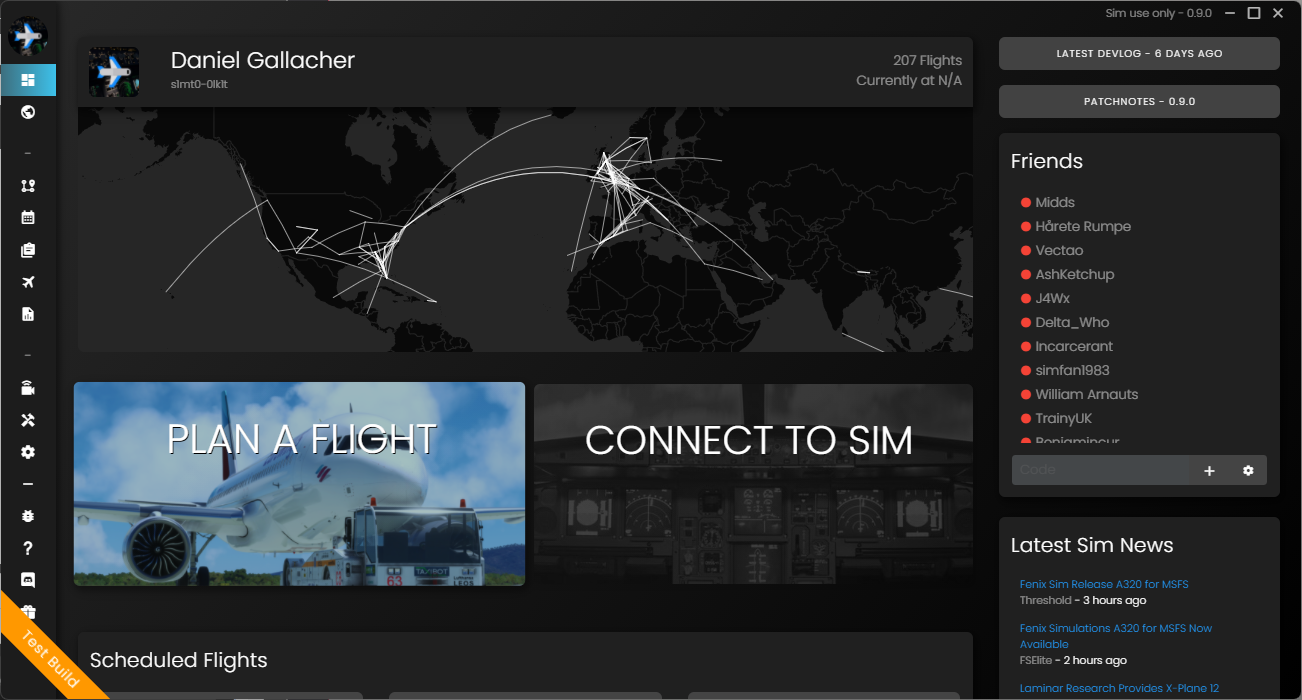 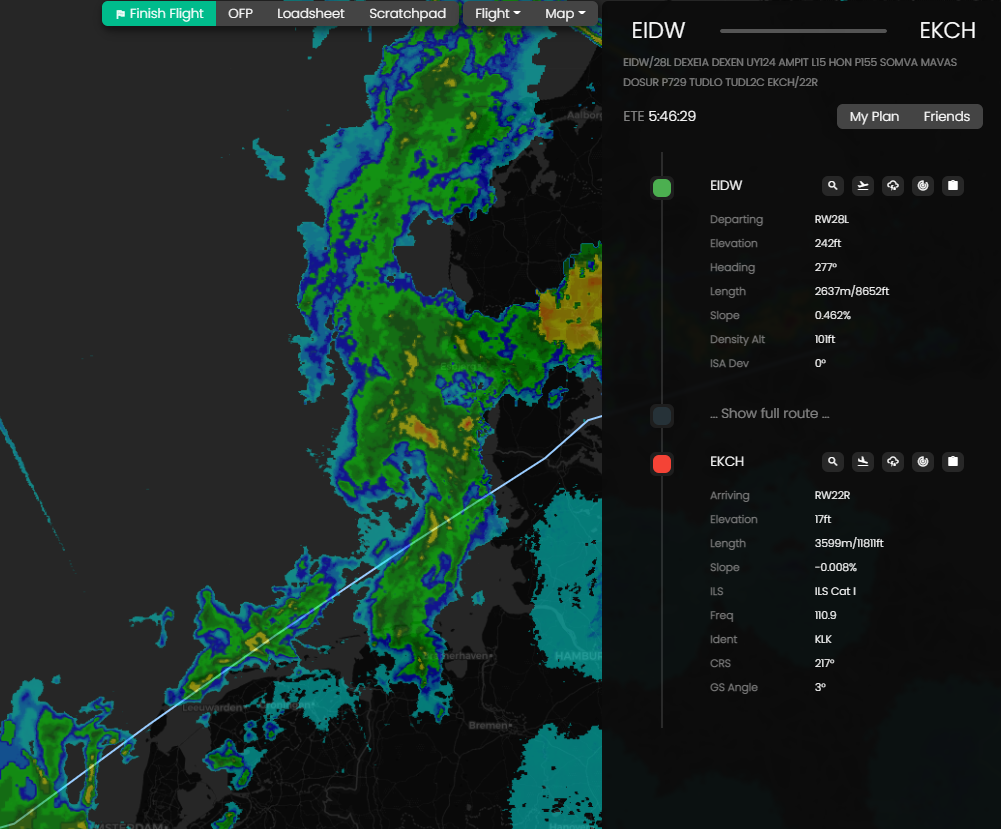 A number of other areas have seen UI improvements are there are plenty more planned. The default Airport Overlay colours on the live map have been improved too 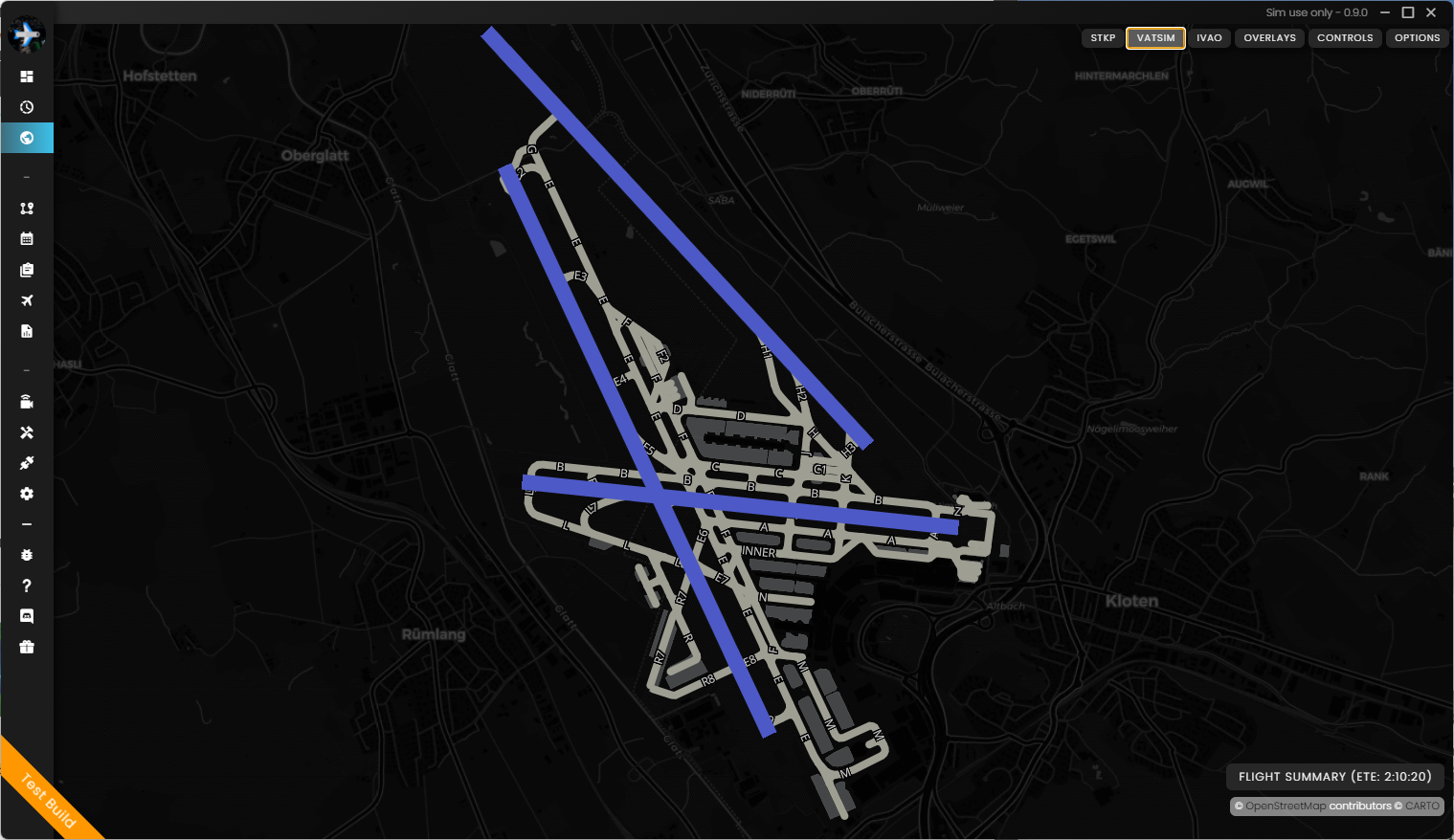 New VFR map sources, map system and updates to the UI should make it much easier to plan your sightseeing tours! 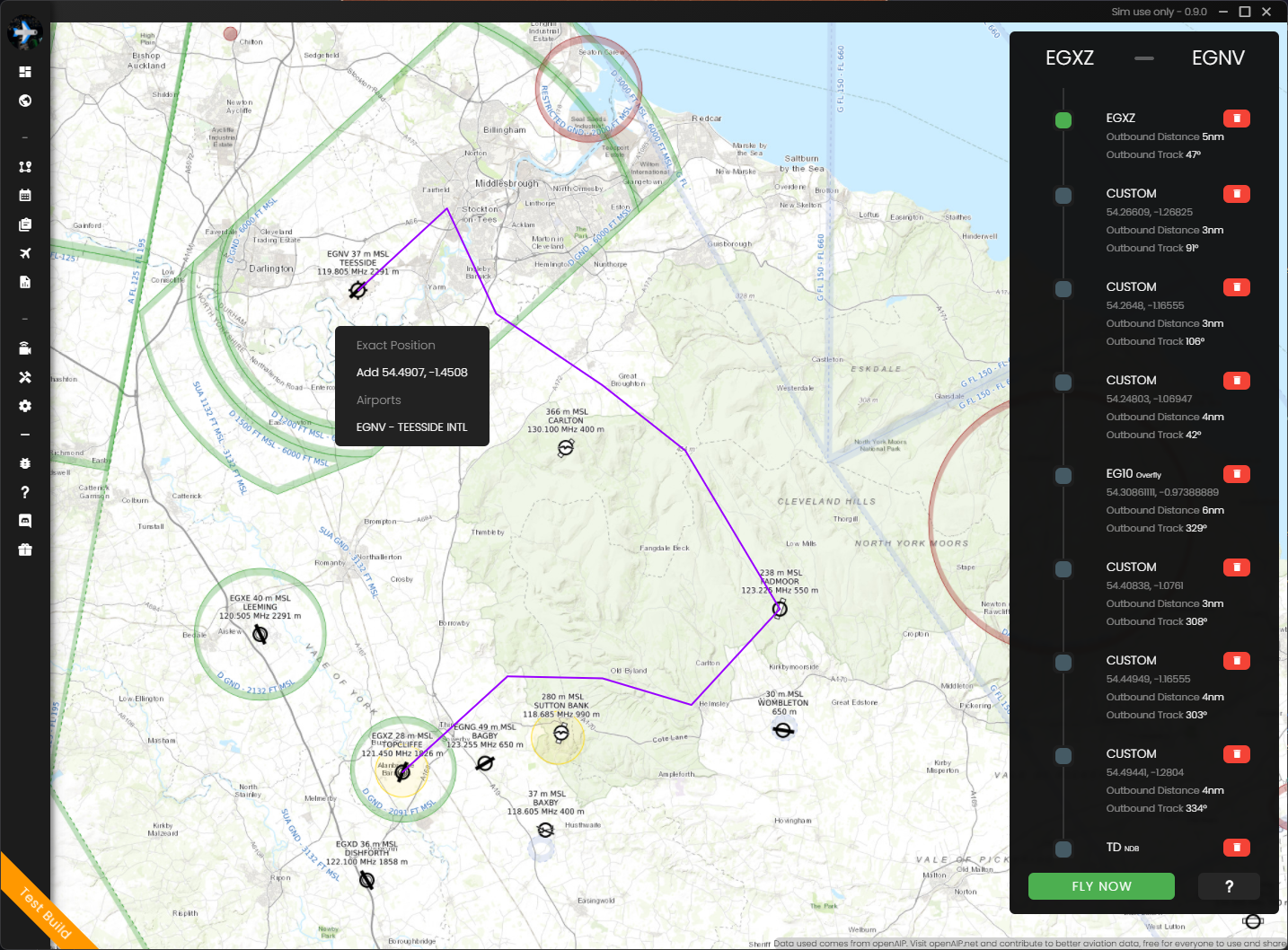 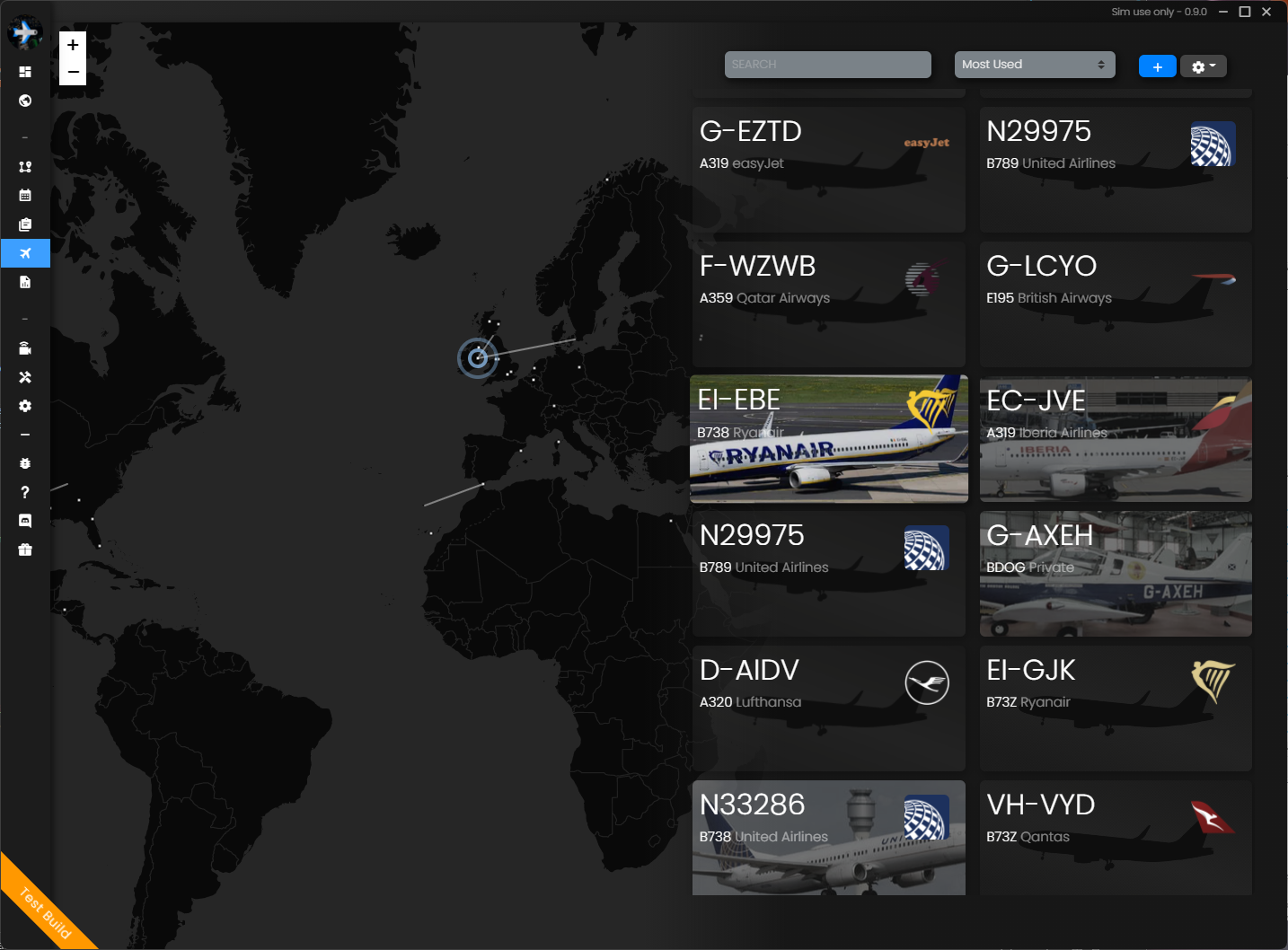 Hoping to have live chat support for Youtube implemented later today, along with a number of fixes and from the test build yesterday. This will add the same functionality provided to Twitch chat to Youtube's live stream chat.

STKPDataCentre is a user driven system to improve data accuracy for STKP and its users. An honour and vote driven system will allow users to submit and help verify changes to the STKP data set. An arbitrary points system will serve as a reputation system of sorts for users. It will launch with support for Airports and Airline data, expanding to support Aircraft data, VRPs and POIs too. 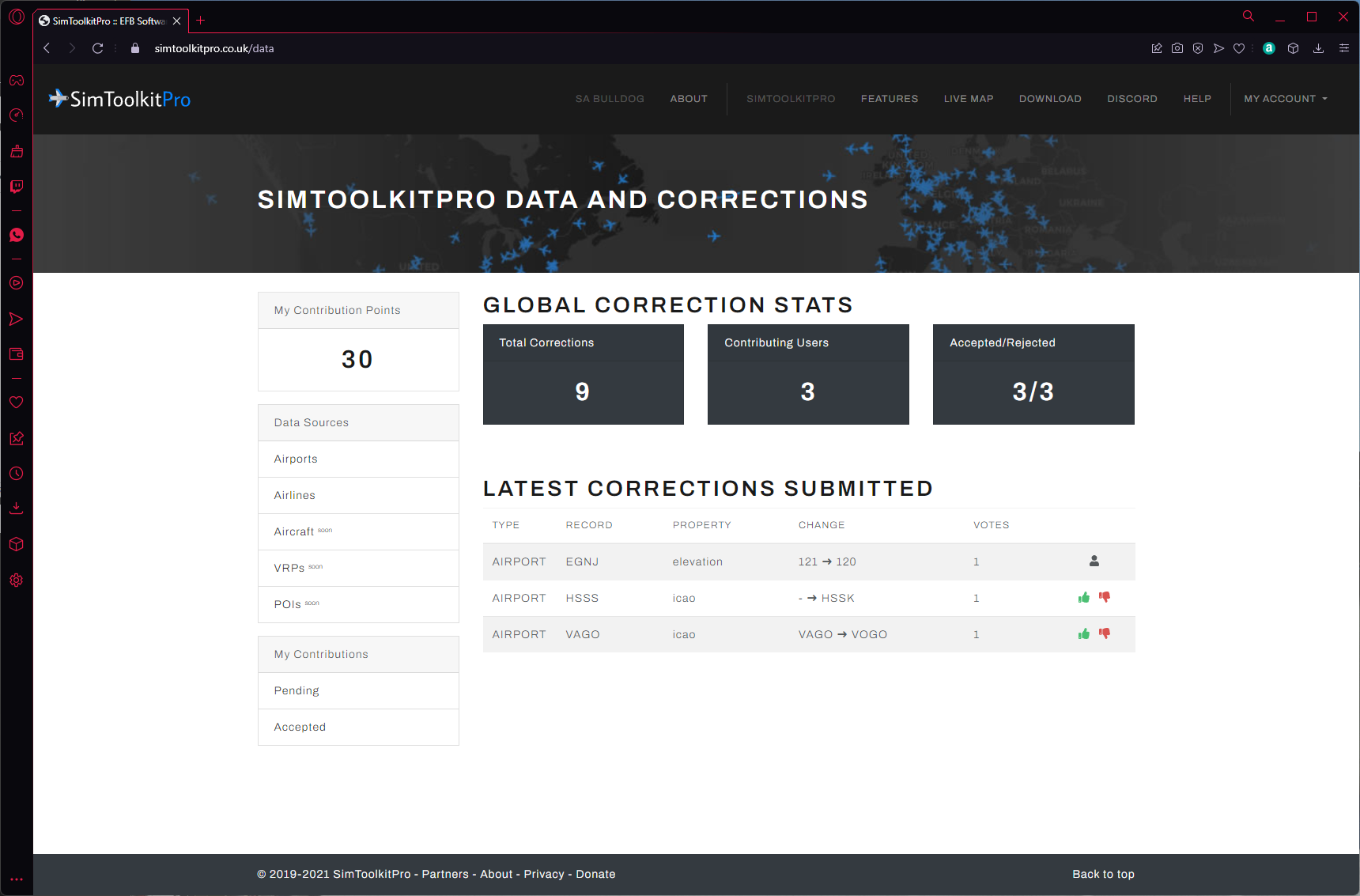 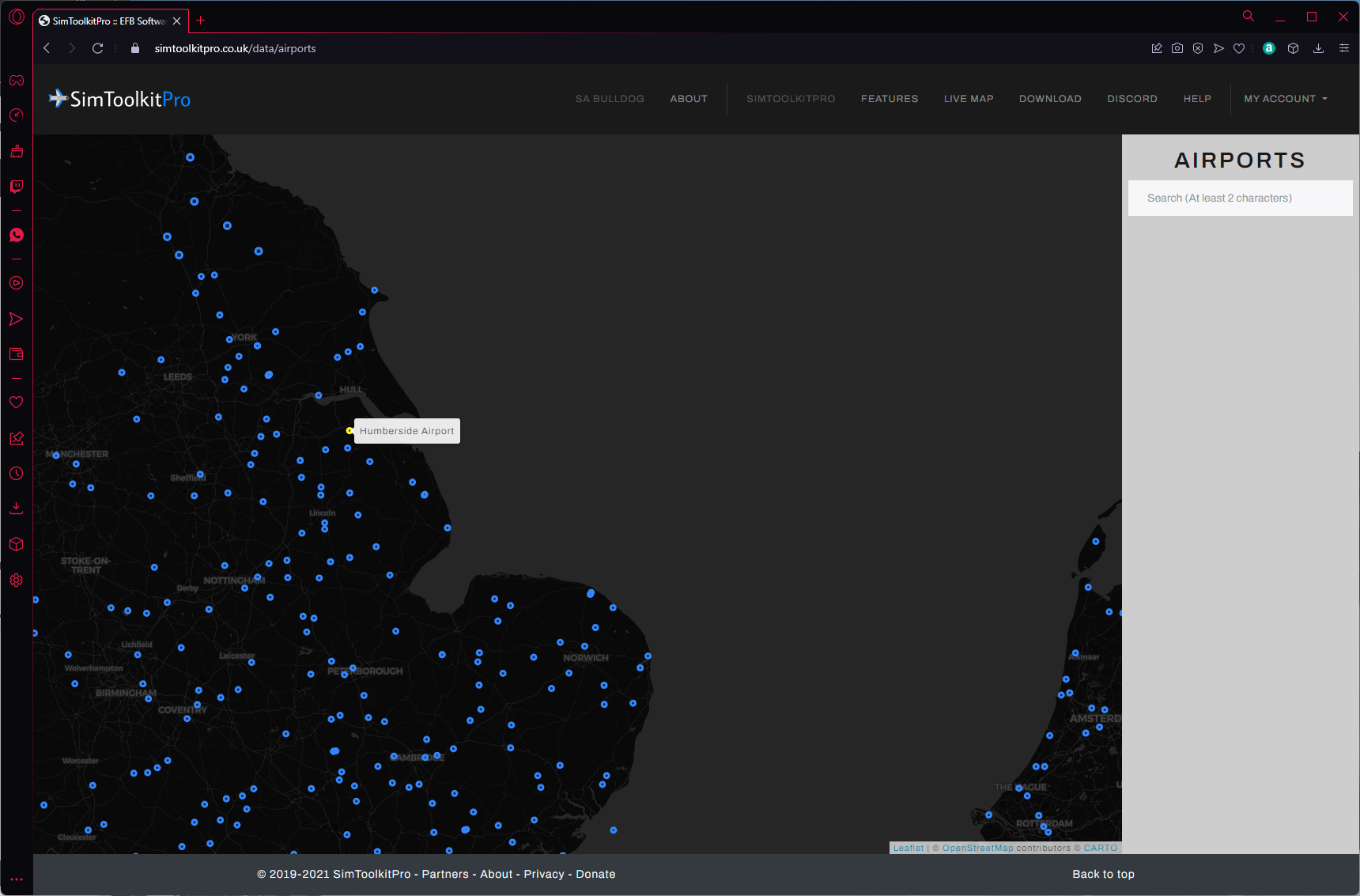 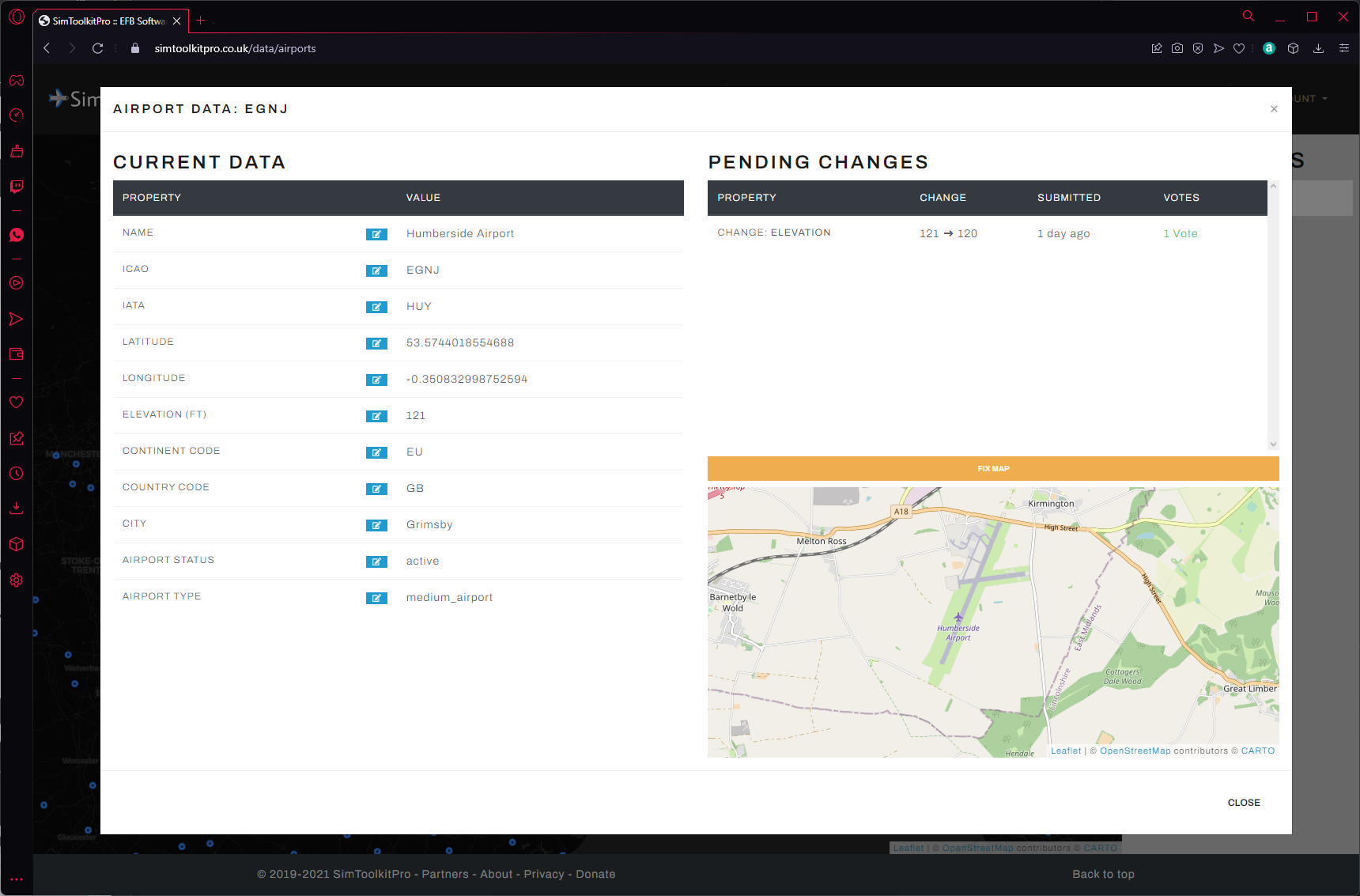 This is how it works;

There has been plenty of care taken to prevent abuse of the system, votes are logged and systematic abuse will mean banning the user from the feature. There will also be a requirement of account age to allow access to the system in the first place. That being said, the system is not infallible and I will be monitoring changes closely and implementing changes as needed!

Ok that about does it for this more in depth look at what is coming, I hope to get more on top of this interaction with the users and keeping you all in the loop. Please remember that despite the help of my awesome Staff, Mods and Support team the development here is a one man operation top to bottom. I will be trying to release these updates more frequently now too and hope to incorporate feedback where I can!

Thanks and Fly Safe!