The client updates for 0.9.0 are nearly complete and it has been internally tested by staff and a few others for the past few days with relatively few issues. The next step will be to expand testing as I move to work on the next part of the 0.9.0 update, the website. Im working currently on the data centre part of SimToolkitPro website and the next devlog will go into the data centre in detail. But here are a few more of the feature updates and changes for the client!

0.9.0 will arrive with the ability to leave persistant freehand annotation on the flight summary map. Useful for jotting down a quick note, or overlaying taxi routing at a complex airport. This also functions with windows tablet devices. 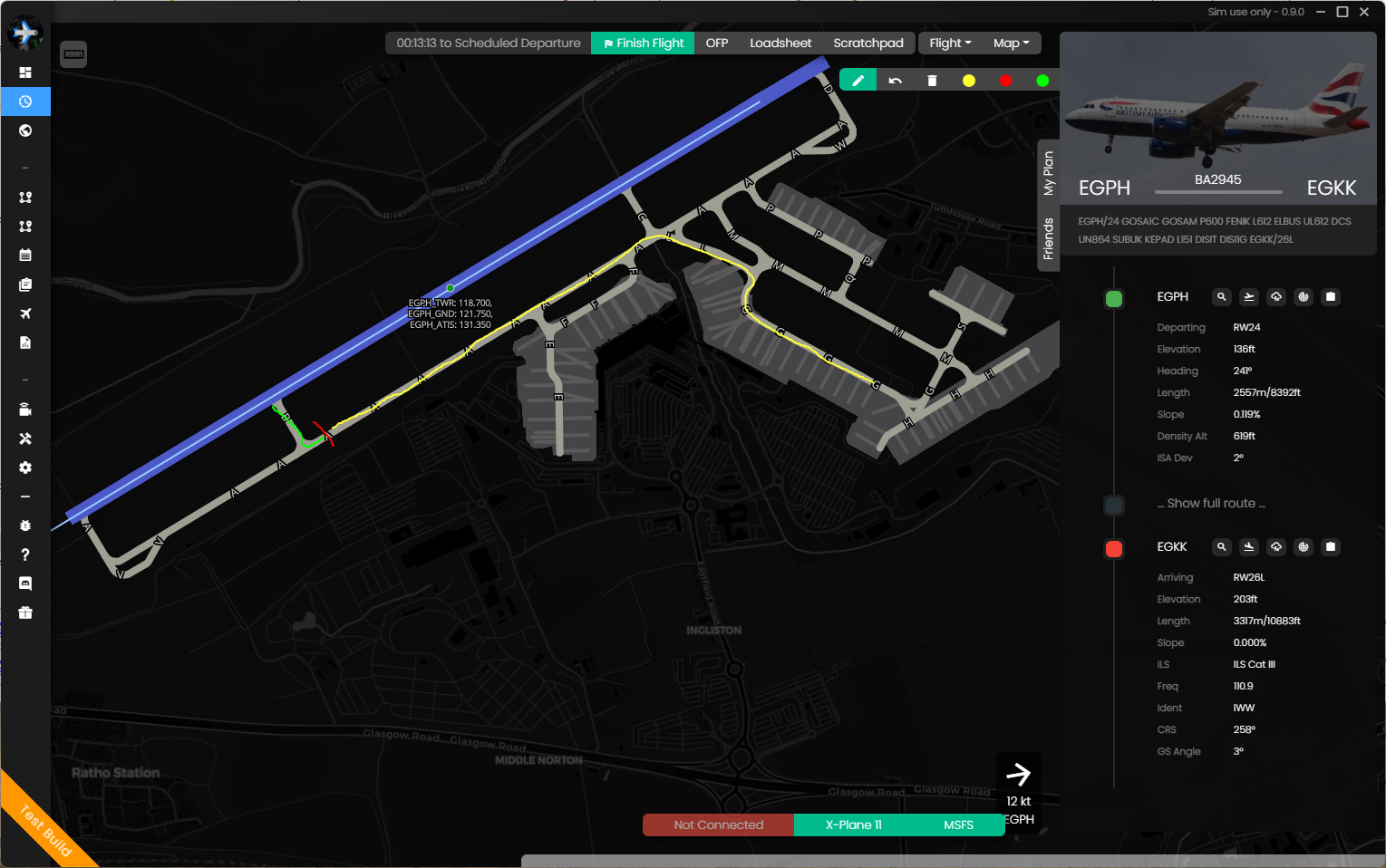 Internally 0.9.0 has been tested by a few people and feedback on bugs and feature has been worked on. As I'm now relatively happy with the stability and features of the client I'll be expanding testing to the testing group and all Patrons over on the Patreon. It's not an advertised perk but I want to give back a bit more over there so early access to testing builds is now a thing! If you aren't one of the ~172 Patrons supporting STKP, you can join them from £1 a month!

The next devlog will be out in a couple of days and will cover the details of STKP Datacentre which will be launching with 0.9.0!

I hope you are all well and I'll be back with more details really soon!